A time out with Kyle Hines

Catching up with the first American to win four EuroLeague titles

He remains the program leader in total points, field goals, blocked shots … the list goes on.

He was such a force for the Spartans that his jersey was retired during the end of his senior year, when he was still a player. Jersey retirements typically occur years after graduation.

It’s no surprise that his post-college career has been just as successful. Kyle is a forward for CSKA Moscow, the reigning EuroLeague champions. He’s led teams to four EuroLeague titles – twice with Olympiacos B.C. and then twice with CSKA Moscow – making him the first and only American to be a four-time champion of Europe.

While he’s built a successful career and life for himself and his family in Athens and now Moscow, his ties to UNCG and Greensboro remain strong. Last summer, he visited campus and spent time with Chancellor Gilliam and others. On social media, you’ll find him cheering on the Spartans from afar.

In December, before the global outbreak of COVID-19, UNCG Magazine caught up with the basketball star to talk hoops, the “G,” and life in Europe. Since this interview, the EuroLeague season has been suspended. In late March, Kyle, his wife, and their children returned to their New Jersey home to be closer to family during these difficult times.

Where does your love of basketball come from?

KH: Everyone in my family played sports. As a kid, I was doing a little bit of everything – karate, track and field, baseball, football, and basketball. Once I got to high school, I fell in love with basketball. It was the sport I was the least good at, so I took it as a challenge. I wanted to be better.

What drew you to UNCG?

KH: UNC Greensboro was the first and only college visit that I took. I fell in love with the campus, the city, and the people and how well they treated me. I could really picture myself being there. After I visited, I called the coach and committed. I didn’t need to visit anywhere else.

What’s it been like to see the men’s basketball program excel in recent years?

KH: I’m proud today when I hear people talk about UNC Greensboro and the growth of the program. When they beat Georgetown in December, I was watching the game and jumping up and down. A bunch of my former teammates and I were texting each other. We feel as much a part of this team today as we ever have.

How does the European game differ from American hoops?

And what about the fans?

KH: The people in Europe are super-fanatic. They’re lifelong fans. At games you’ll see people cheering with drums and horns. It’s hard to put it into words. Sometimes our sports in the U.S. are based more on entertainment. Here, the sport culture, especially in the more European cities, is a lot more fanatic. People really live and die by their relationships with their sports teams.

Once you retire from the sport, what’s next for you?

KH: I know retirement is around the corner. I’d like to play a few more years, but it’s definitely something that is in the back of my mind. I want the opportunity to come back home and rekindle those relationships with friends and family. I still want to be involved in the game, although I haven’t pinpointed exactly what that will look like.

Looking back, what’s your biggest takeaway from your time at UNCG?

KH: The relationships. My former teammates Dwayne Johnson and Kevin Oleksiak are two of my best friends and the godfathers of my son. Another friend from UNCG, Gideon Apé, was the officiant at my wedding.

I want to show my appreciation for Greensboro. Every time I go back, the people from the community embrace me. It was the foundation for all of the success I have had.

Kyle Hines isn’t the only UNCG alumnus who has found success on the court in Europe and beyond.

As of March 1, recent graduates Francis Alonso ’19 and Jordy Kuiper ’18 are playing in Spain. Francis signed with Baloncesto Málaga, his hometown team, in the summer of 2019, and was loaned out to Baloncesto Fuenlabrada and then Oviedo Club Baloncesto for the 2019-20 season. Jordy plays for Cáceres Ciudad del Baloncesto.

Diante Baldwin ’17 and Marvin Smith Jr. ’18 are teammates once again, with both Spartans playing for Tigers Tübingen in Germany. Trevis Simpson ’13 is also in Germany, playing for Rasta Vechta. 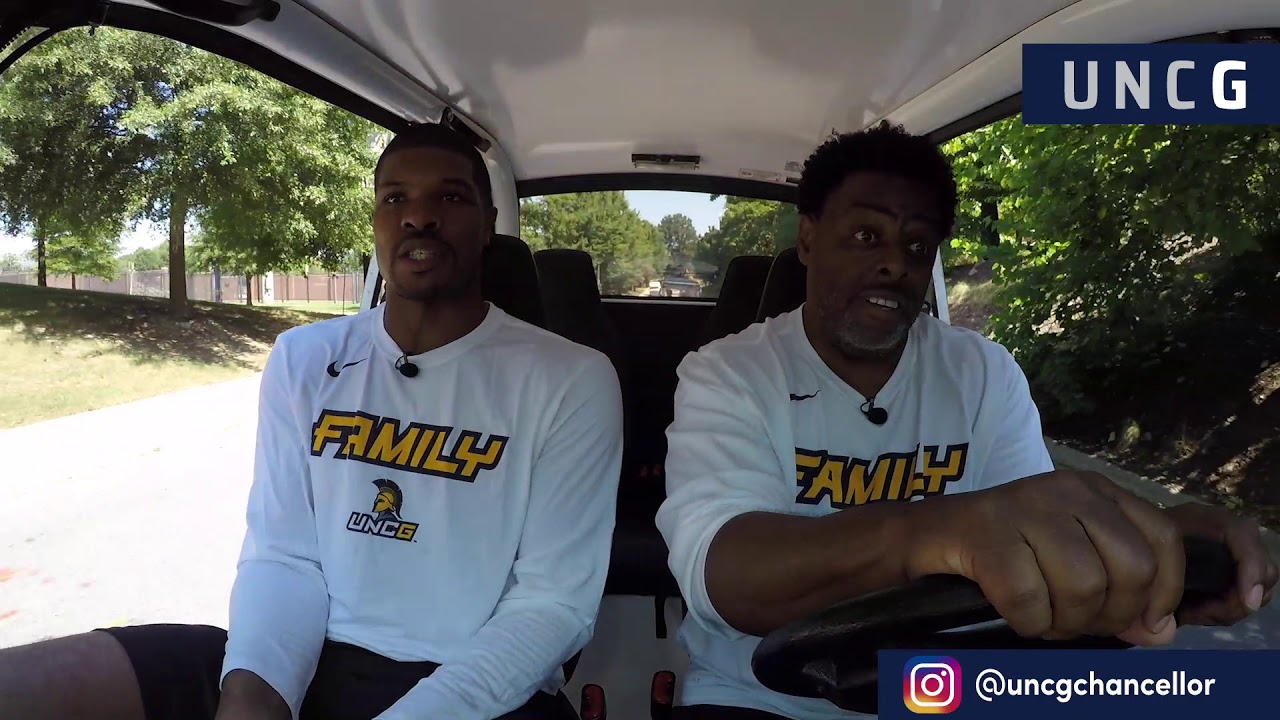